The previous three posts have given some examples of what I got from the Browning camera deployed in Montana for the past year. This is the "official" trailcam update with the 13 best images dating back to last summer. For the record, the Montana camera (#5) collected images from July to November before the memory card filled up with false triggers. I also included one image each from the old Reconyx (#2) and the damaged Browning (#6) which were deployed near Jewel Cave, South Dakota in June 2018. Current deployment is old Reconyx (#2) and new Reconyx (#7) in Montana and the two Brownings (#5 and #6) sitting in a box on my dining room table awaiting orders. 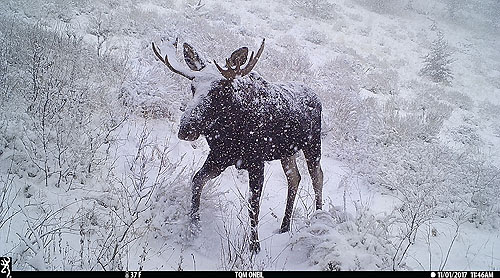