I haven't posted a trailcam update in a LONG time. My two Reconyx trail cameras have been deployed on a mountain about 15 miles west of Red Lodge since July 2018. The older Reconyx is coming back from major trauma in December 2017. My holy grail or white whale these days is mountain lions, and on the last sequence of five shots just before the batteries died in March, the old Reconyx captured a mountain lion. Despite this success, the camera was located in a spot that had terrible light. I moved it up the hill and it now looks upon an open area that I hope the mountain lions also frequent. 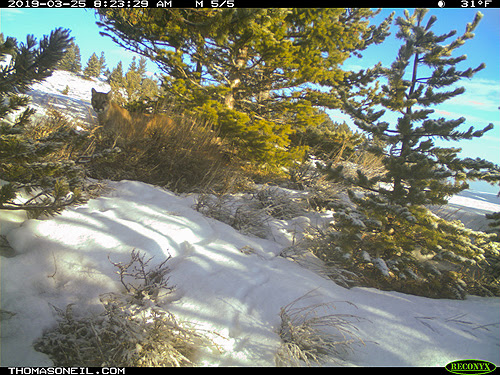 The new Reconyx got a black bear in the dark, and also shown here is one of thousands of deer shots the two cameras obtained. I kept the new Reconyx in the same spot looking north toward an open area. It appears to me the new Reconyx is a big improvement over the old one in terms of focus and sharpness, and it also was going strong on its batteries. The company claims two-year battery life, so I didn't change them. 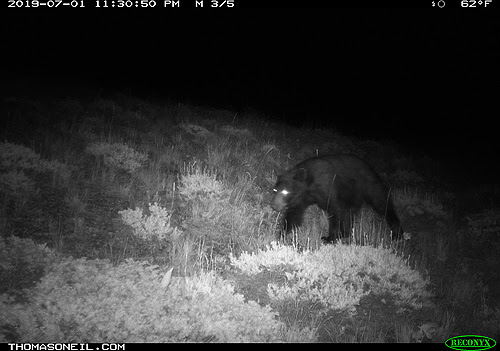 The two Browning trail cameras have seen no action in quite a while. They are just too unreliable in windy conditions, which describes the entire surface of the earth much of the time. I finally figured out a role for one of them, taking a time lapse of my new house under construction in Red Lodge. With time lapse, images are taken at pre-set intervals and there is no motion trigger, so there aren't 70,000 images of swaying grass before the card fills up.

And when I actually live in Red Lodge after the house is built, I won't have to wait a year to check my trailcams on the mountain.