I got a new cheap bird feeder to see what I could attract to the yard besides bluebirds. I put it and one of the birdbaths on the side of the yard away from the bluebirds to give them some space, and immediately attracted a bunch of finches, including goldfinches. Despite the two separate areas, one of the goldfinches intruded on the other side of the yard and the male bluebird spent five minutes trying to drive him away.

The first feeder image was taken with the M100 remotely triggered with a cell phone app. The camera is very close to the feeder and the focal length is 37mm. The goldfinch at the feeder and the female bluebird on the post were 500mm lens on 5D Mark III remotely triggered with my long-range infrared device. Once again I was reminded that remote and motion triggering require pre-focusing, and it doesn't always work even with a small target area. These are in focus, but not all of them were.

Also shown are overnight visitors to the new birdbath location. 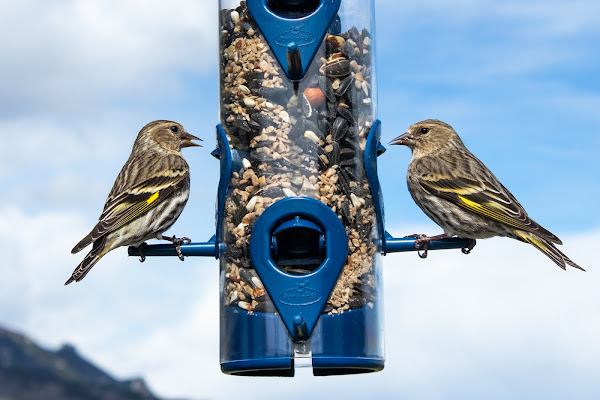 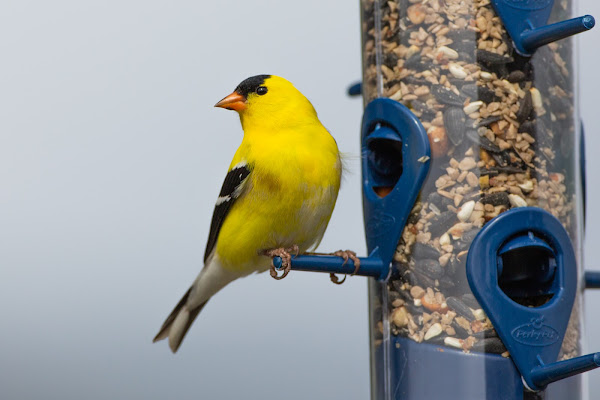 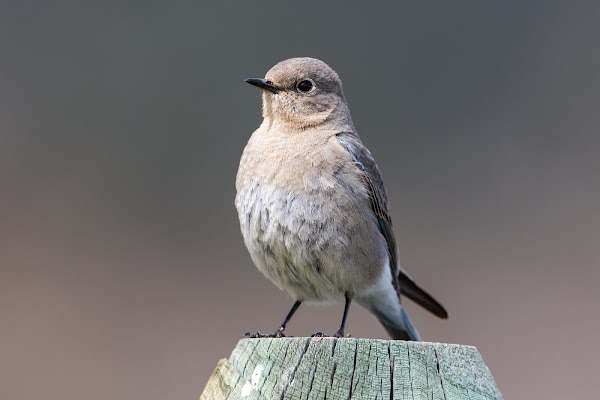 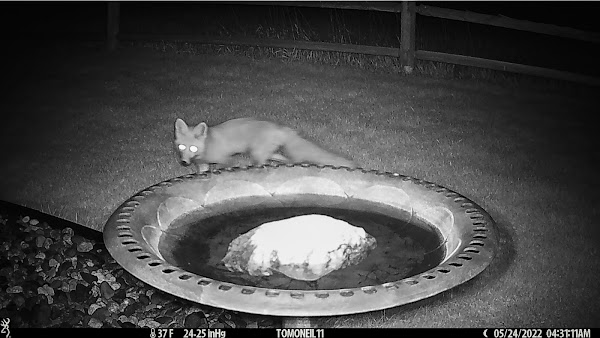 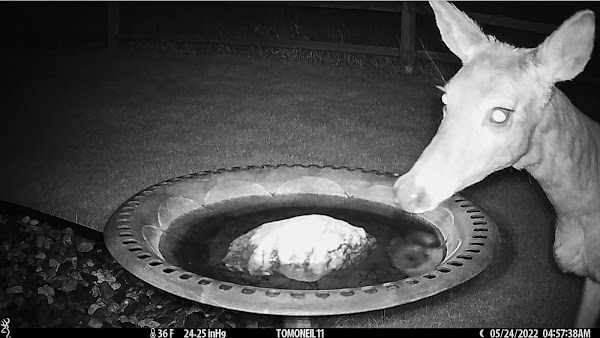 There seems to be spot in my yard between the bird box and the fence around my trees where the fox and deer funnel through. The deer prefer squeezing through the fence rather than jumping over it, at least until they get antlers. The weird thing about this image is later frames show the deer backing up rather than going forward. The new Browning has dual lenses/sensors, one for daylight and one for night. The camera determined this 5:54 AM shot should be taken with the daytime sensor, which resulted in a very dark image which I had to tweak in Photoshop. 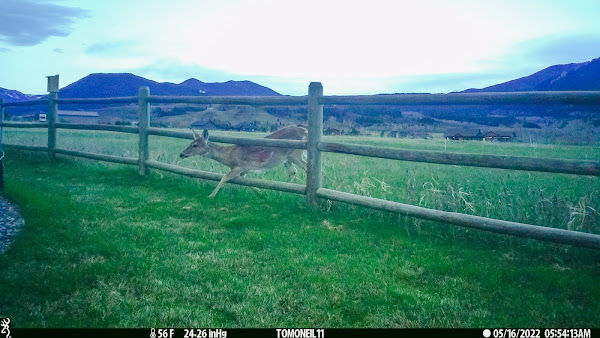 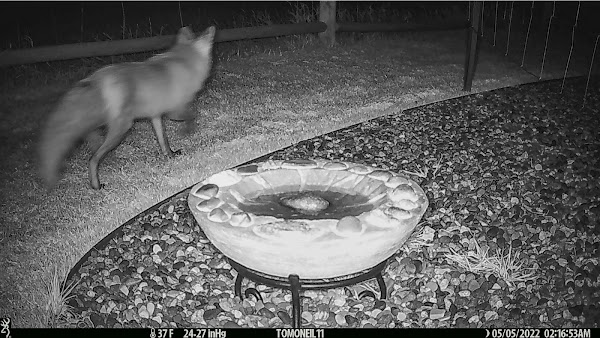 It was a good day with the 1D Mark II and the bluebirds. Shown below are four images taken with the motion trigger. I also got one of a first-time caller, a red-winged blackbird. I didn't post it because the bird is facing away from the camera. I was in the yard when it triggered, and I'm sure the noise of the ancient DSLR scared it away. Fortunately the bluebirds are used to it.

But I'm leading off with a sandhill crane, the first I've gotten in Montana. I hear them honking off in the distance frequently from the back yard, and this is the first time I've gotten close enough to get something. The cranes I saw in New Mexico over the years didn't have the reddish-brown body, but I'm guessing that has to do with the time of year. I usually carry the 5D Mark III on my bike rides, but today the battery was dead so I hooked the M100 to the 100-400. The image quality is a bit disappointing, I'm sure because I had to crop extensively. It's not a remote trigger or motion trigger, so technically it doesn't belong on this blog, but my blog my rules. The final image is a couple of deer this morning on the melted Browning #6.

The last few days a harrier hawk has been swooping through the field behind the house. I'm going to start leaving the 5D/100-400 by the back door because the hawk doesn't linger long. I just need to keep the battery charged. I think the battery is getting weaker since the camera is 10 years old. I actually read the DPReview writeup of the Canon R5 this week. Besides the $4,000 cost, I'm a bit put off by Canon introducing yet another lens mount. Since Canon abandoned the manual focus FD mount, they've come out with EF, EF-S, EF-M and RF. All of my lenses except for the 15-45 kit lens that came with the M100 are EF. I've got an EF to EF-M converter for the M100, and the R5 would need an EF to RF converter. (EF-S is for small sensor DSLRs, which I don't have.) I never thought the 5D Mark IV was a necessary upgrade for me, and that model is already almost six years old. There will never be a 5D Mark V, so if I want to get a new top-line EOS in my lifetime, the mirrorless R5 or its successor would be it. 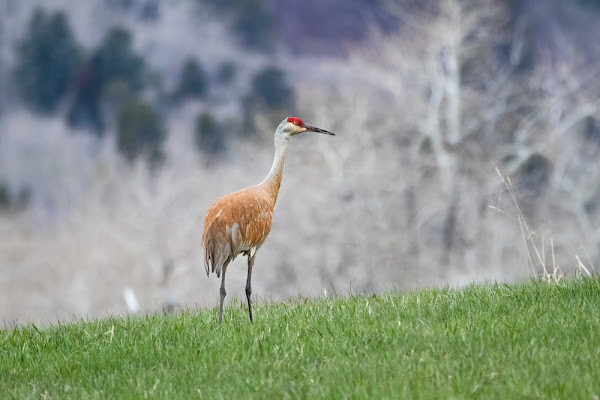 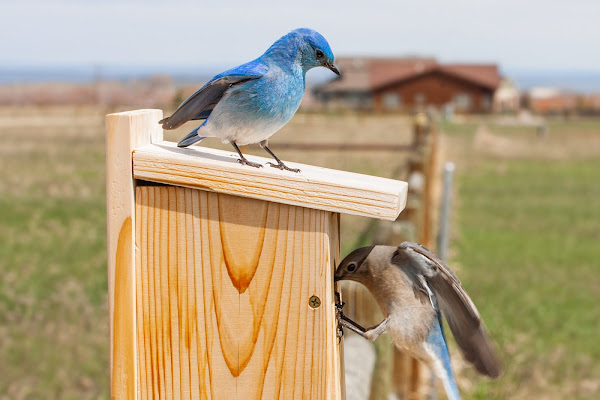 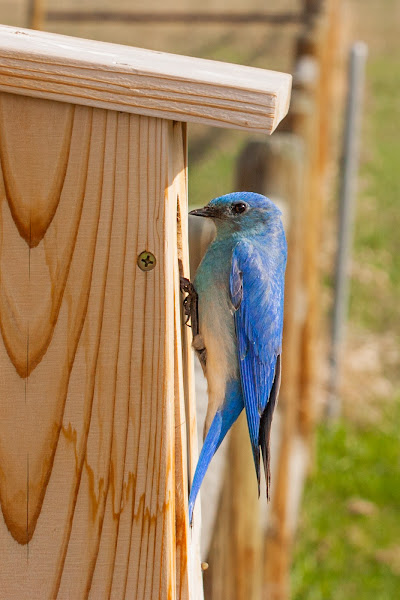 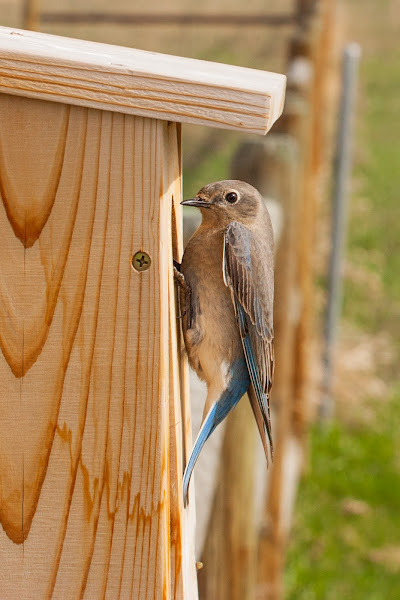 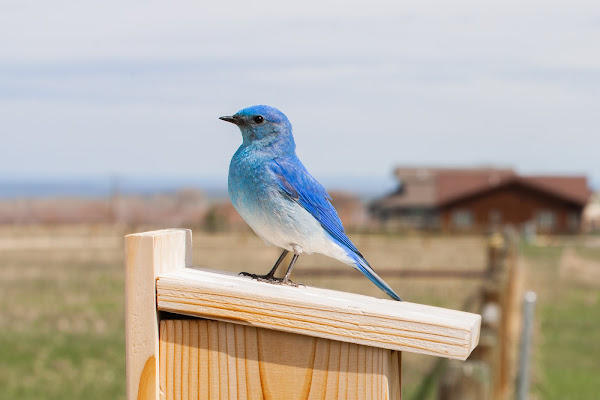 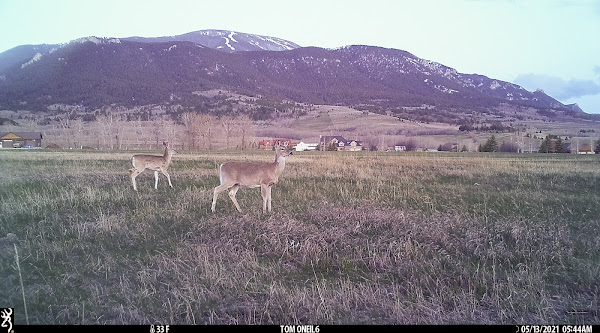 Not many images in recent days. Yesterday's 1D session was a complete non-event, and today I didn't even bother because it was raining. The deer seem to have rotated out for a few days, and the bluebirds are unpredictable. Overnight, I got some shots of the fox on two different cameras, in the field to the west on melted Browning and near the new birdbath on the new Browning. The image from the melted Browning was very noisy and I applied 50% noise reduction in Photoshop. The new Browning image is not as grainy, but I think that is due to in-camera noise reduction. It reduces the fox to a smear, so perhaps it would be best if it didn't do that, but there is no setting for that. The times of the images differ by a couple hours, so I need to check the settings on the cameras to see if they are accurate. 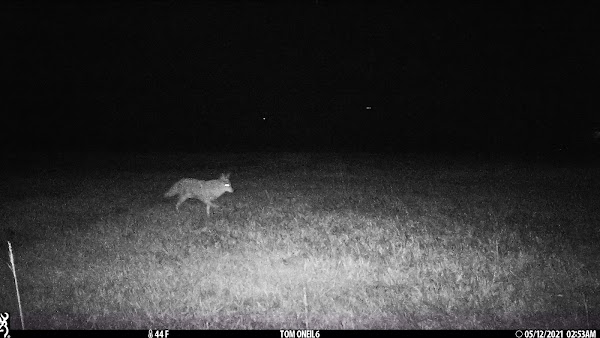 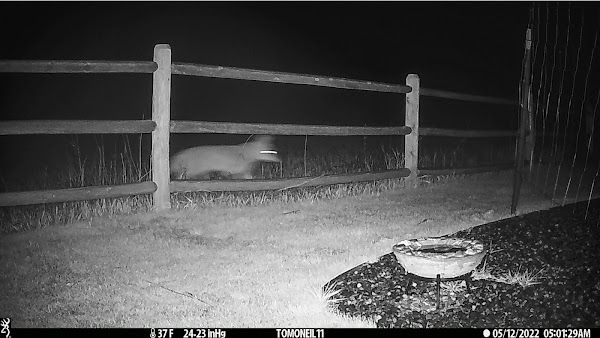 The DSLR with PIR motion sensor has gotten some decent flight shots of the bluebirds this spring, but for a static shot of a bird on the fence I decided the remote trigger would be more effective. Basically I'm sitting in a blind (my house) waiting for a bird to land on the fence next to the nest box. When the bird lands, I trigger the camera with my Canon LC-4 IR remote. I got this remote more than 20 years ago. It has an incredible range of 300 feet but it was insanely expensive at the time. I had a camera equipment addiction in the early 2000s.

The first image was taken just after sunrise during the golden light, but the focus point is a bit too far forward and it is slightly out of focus at f/5. I did some Photoshop processing to make the image good enough for posting here, but I'm not 100% satisfied with it. The other two have a bit more depth of field at f/8. The vertical image is an extreme crop because there is nothing to the left of the bird in the original image, the hazard of prefocusing on a selected point.

When I was in Massachusetts circa 2005, my house was a lot closer to the landing area and I would shoot through an open window. To get even closer, sometimes I used an actual hunting blind. The advantage of doing that was I could frame the bird properly and let the autofocus do its work. I'm sure the other person in the household will think I'm weird if I drag out the hunting blind (she wasn't around the last time I did it), but sometimes you do what you gotta do. You won't see those images here because they won't fall into the remote trigger/motion trigger category. 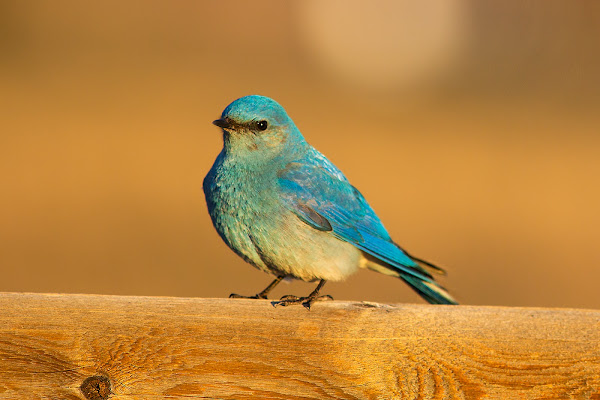 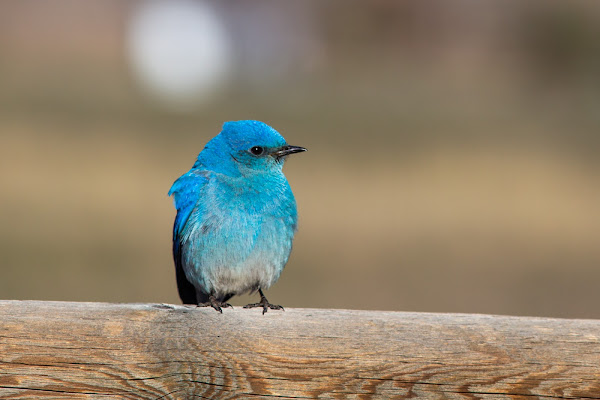 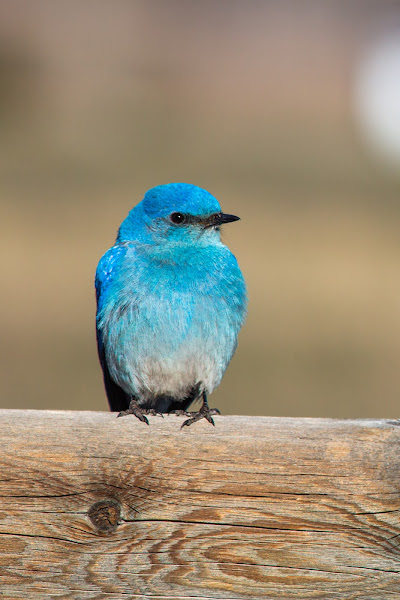