I felt like I was missing some shots with the PIR triggering just three shots in three seconds per actuation, so I decided to set the DSLR to low-speed burst. With the 1D Mark II, that results in 12 shots in about four seconds. I could set it to high-speed burst, but that would be overkill and result in way too many images to sort through. As it is, I'm going with the 1D to save to save wear and tear on my better camera, the 5D Mark III. These were all with the prefocused 500mm at a low angle. Depth of field is the most frustrating thing about this setup as anything behind the rock is not in sharp focus even at f/16.

It was a weird day and all that came to the bath were some robins. I don't go after robins, but if that's all that is around, that's what you get. 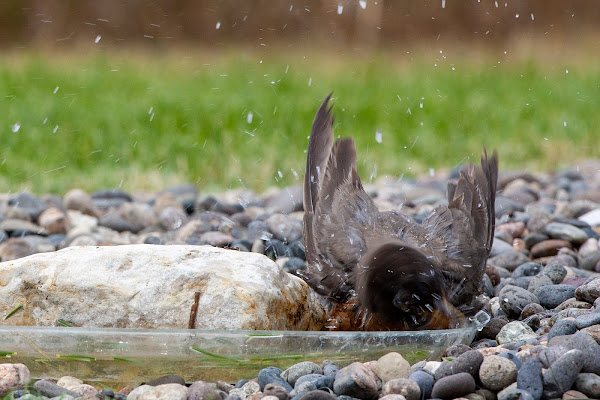 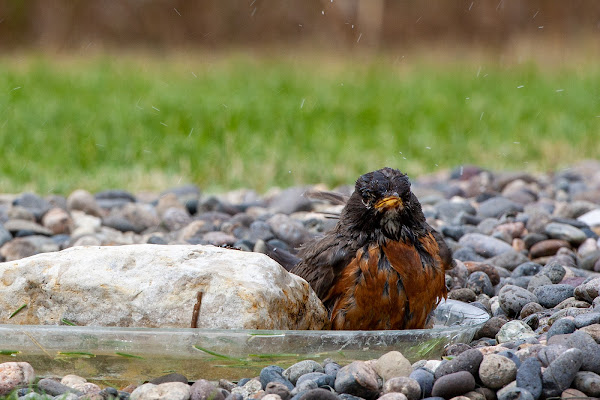 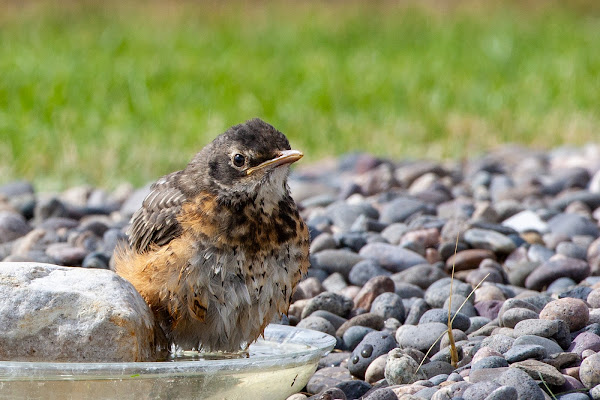