I have decided to split off much of my trailcam material from my main web site thomasoneil.com and blog. I fear my friends and relatives get a bit bored if I dive too deep into the details of my trailcam hobby/obsession.

I've been experimenting with trailcams since 2009 but it really got serious in 2011 when I got a Reconyx PC900. One of the very first sequences I captured with the Reconyx within hours of deploying it was elk in Wind Cave National Park in western South Dakota. 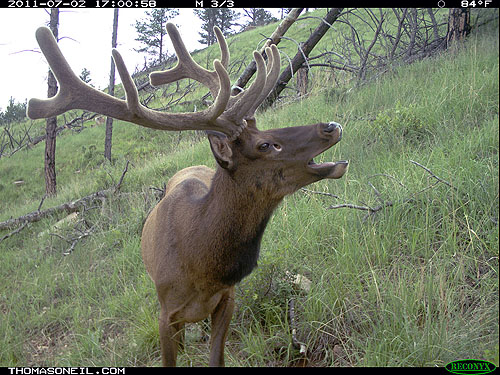 The "Joy" in the headline is getting an image like this. The "Frustration" is contending with the design limitations of trail cameras which are marketed primarily to hunters, not photographers. I am an amateur wildlife photographer, not a hunter, so image quality is my primary concern. While image quality has improved during the past decade, it is still crap when compared to a point-and-shoot from the previous decade. For example, I still have a Canon G6, which is a 7.1 megapixel P&S introduced in 2004. Here are the reasons why every commercial trailcam has worse image quality than a 14-year-old G6:

So why put up with this frustration? The advantages of trailcams versus my relatively modern Canon 5D Mark III DSLR and 500MM F4 lens are: 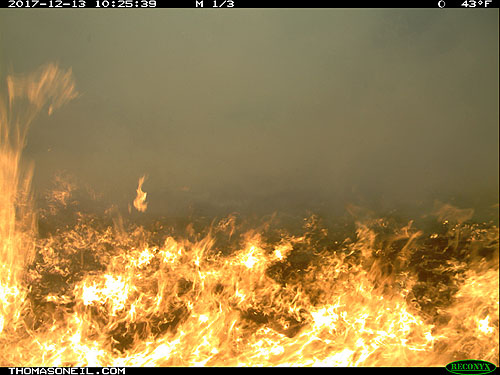 For the current status of all of my trail cameras, see the page in the right-hand menu.